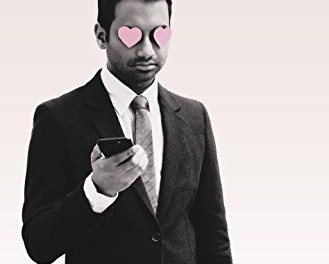 So here goes my first book review on here.. I have a bunch of books to review for you but I decided to start with this one as it was an interesting read. I picked it up from Audible on a sale for a couple of bucks and it was well worth it.

I didn’t actually read this book, but instead listened to it as an audiobook; Best decision ever! Having Aziz read the book (sample) was much nicer than having to read it myself (because I’m lazy, or because I listened to it at the gym whilst resting between sets). I usually find that some audiobook readers are way too slow, or non-engaging. But Aziz, being a standup comedian, knows how to present it in a fun an light way while still keeping it factual enough.

Sidenote: If you don’t know who Aziz is, I recommend you check out some of his standup shows that are available on Netflix (and YouTube if you search for it). I quite enjoy his standup and might therefore be biased about this book and his reading of it.

The book is an investigation on romance in today’s world with all the technology we are surrounded by. He wrote the book in collaboration with Eric Klinenberg, where they investigated hundreds of people from all over the world on their dating culture and problems. They also had a subreddit where they asked people to share their experiences in the dating world. www.reddit.com/r/modernromantics/

They start off by comparing today’s dating culture to the one back in the day where people basically just married whoever was available closest; Girls married to get out of their parents houses and men married to have children to help with the labor on their farm.

Further on they compare people from various places in the world and what their problems are:

There is a bunch of other fun interesting facts that I can’t exactly recall but all-in-all the book is worth a read. Although it contains a bunch of facts and statistics, Aziz lightens it up with his own stories and parables.

Although dating in these modern times of ours is hectic and confusing, Aziz sums up the book by calmly stating that new technologies have always, and will continue to change the dating life; Back in the days telegrams and phones were invented messing everything up. Now we have dating apps with hundreds of people instantly available in our pockets to swipe left or right on. The future where girls might get problems like “guys teleporting their dicks to them” (compared to today’s infamous dick-pics).

You can pick up the book on Amazon.